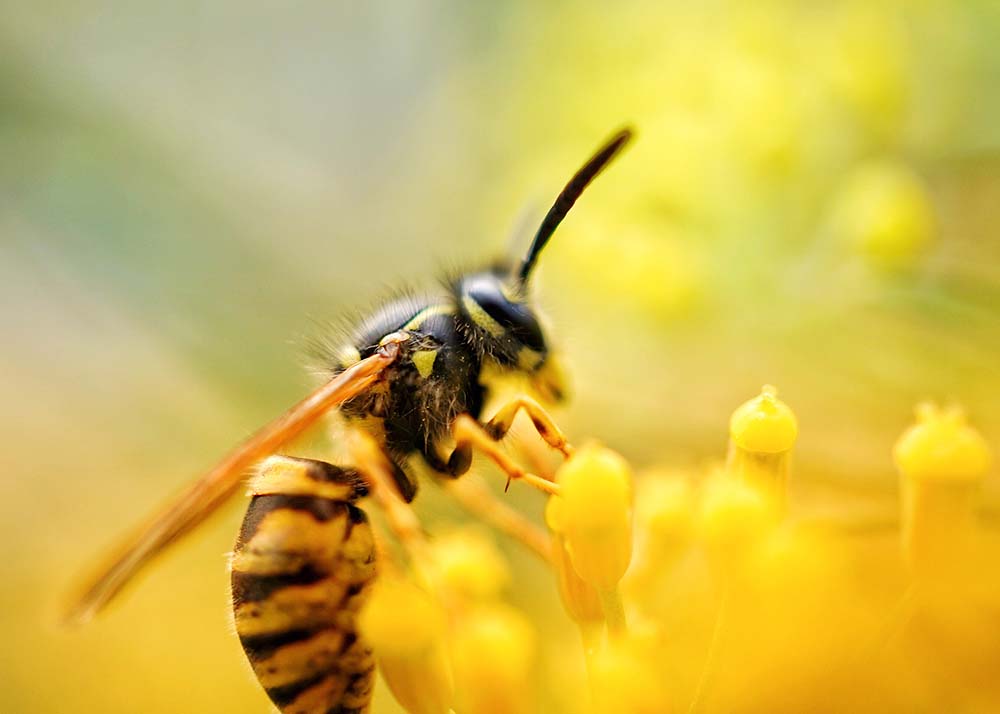 There are several species of yellowjackets. These flying insects typically have a yellow and blackhead/face and patterned abdomen. Because these pests are known to sting, it’s important to know how to properly get rid of yellowjackets to avoid injury.

Yellowjackets are social insects that live in nests or colonies with up to 4,000 workers. They are most active in the late summer and early autumn when a colony is at its peak. Yellowjackets feed on sweets and proteins, and therefore these pests commonly invade outdoor events.

Yellowjackets can be found anywhere humans are found. They build paper carton nests out of chewed-up cellulose, which are usually found in the ground or in cavernous areas such as eaves and attics.

Yellowjacket stings pose significant health threats to humans, as they are territorial and will sting if threatened. They are known to sting repeatedly and can cause allergic reactions. Yellowjackets and other stinging insects send over 500,000 people to the emergency room each year.

The bald-faced hornet is a relative of the yellowjacket and gets its common name from its largely black color and mostly white face. This stinging insect is named a hornet because of its large size and aerial nest. Bald-faced hornets greatly resemble their yellowjacket relatives, with black bodies and a predominantly white-patterned face.

They also have two slanted lines running from their midsection towards their head and on the latter part of their abdomen. Like yellowjackets and paper wasps, the surface of their upper-midsection almost looks triangular from the side. 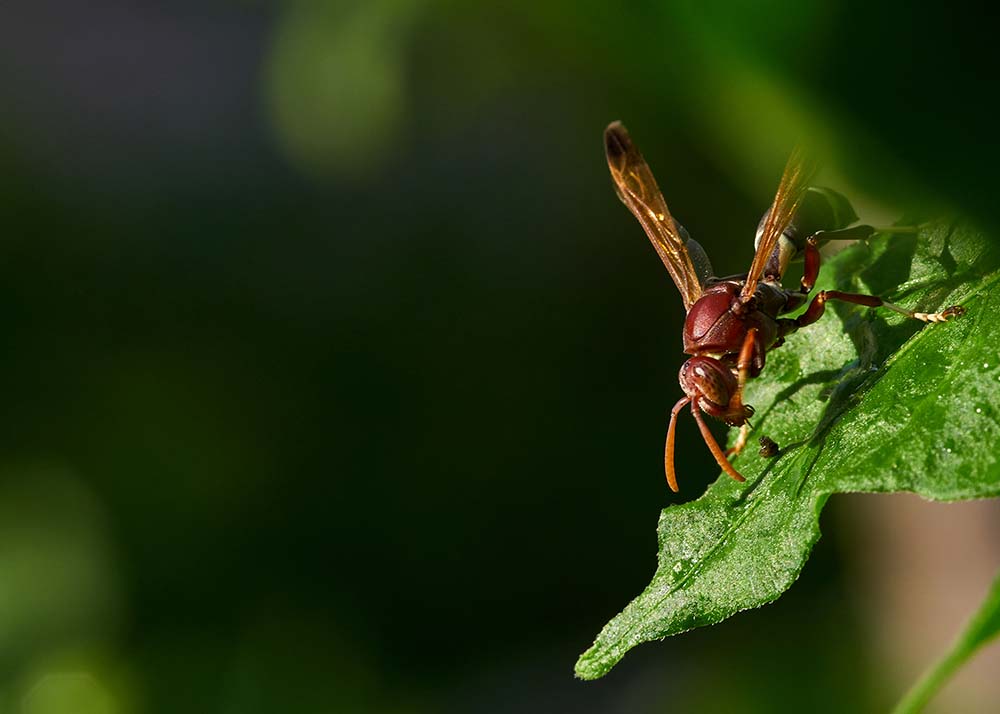 How To Keep Hornets Away

Avoiding contact with these insects is key to prevent getting stung. Homeowners should seal up any tiny openings like cracks where bald-faced hornets would be able to enter when seeking shelter. Keeping food covered, especially when outdoors, will also help keep these insects at bay.

When spending time outside, people should avoid wearing strong fragrances and opt for unscented hygienic products. Likewise, they should wear shoes that cover and protect their feet from rogue hornets.

Paper wasps get their common name from the paper-like material out of which they make their nests. Paper wasps are sometimes called umbrella wasps, after the shape of their distinctive nests. Paper wasps are semi-social and live in small colonies. They eat nectar and other insects including caterpillars and flies. In the autumn, inseminated females will seek places to spend the winter, and may find their way indoors, especially if there is a cathedral ceiling present.

Paper wasps hang their comb nests from twigs and branches of trees and shrubs, porch ceilings, the tops of window and door frames, soffits, eaves, attic rafters, deck floor joists and railings, etc. While not an aggressive species by nature, paper wasps will sting if they are disturbed or their nest is threatened. Wasp stings are painful and can cause the same risk of allergic reactions as other insect stings.

This hornet (also called Giant hornet) gets its common name from its introduction from Europe into the New York area in the 1800’s. European hornets are much larger than yellow jackets and unlike most stinging insects, can be active at night.

European hornets are social insects and live in colonies that may contain between 200-400 members at their peak. They usually appear in late summer. They prey on a variety of large insects such as grasshoppers, flies, yellow jackets and honeybees. They also eat tree sap, fruit, and honeydew. European hornets are attracted to light and are known to repeatedly bang on lighted windows at night. 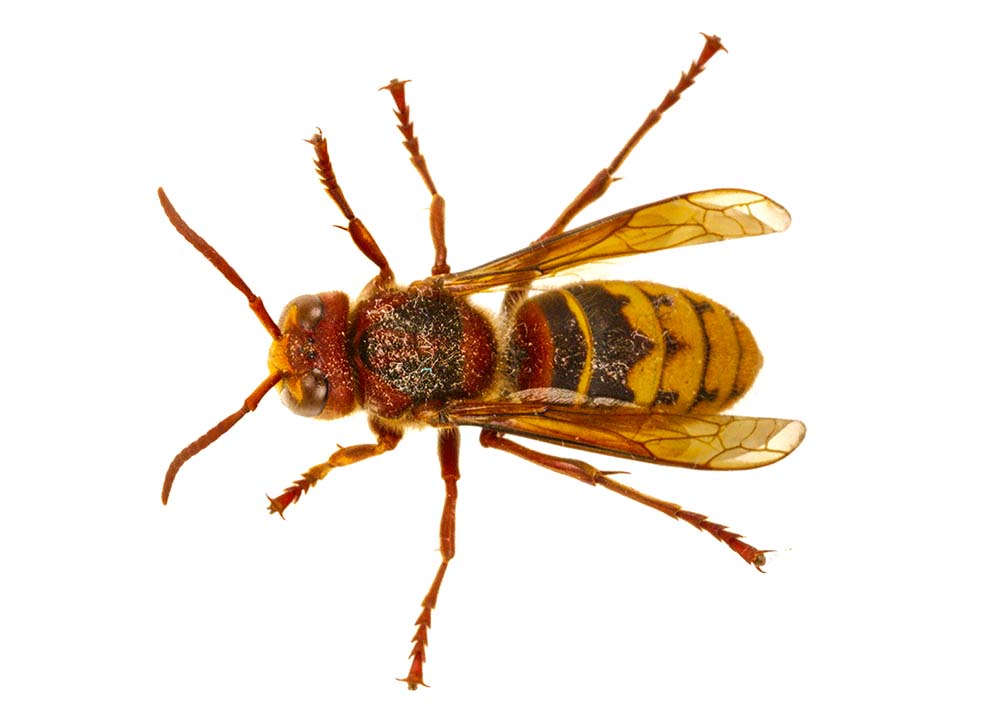 European hornets can do a great deal of damage to trees and shrubs because they strip the bark to get to the sap. They also use the bark fiber to build their nests. They have smooth stingers, so they can sting over and over again.

Hornet stings also carry venom that makes the stings hurt, itch, or swell for about 24 hours. A European hornet sting has the same risk of allergic reactions as with other insect stings.

Cicadas are insects, best known for the “songs” sung by most, but not all, male cicadas. Males sing by flexing their tymbals, which are drum-like organs found in their abdomens. Small muscles rapidly pull the tymbals in and out of shape. The sound is intensified by the cicada’s mostly hollow abdomen. 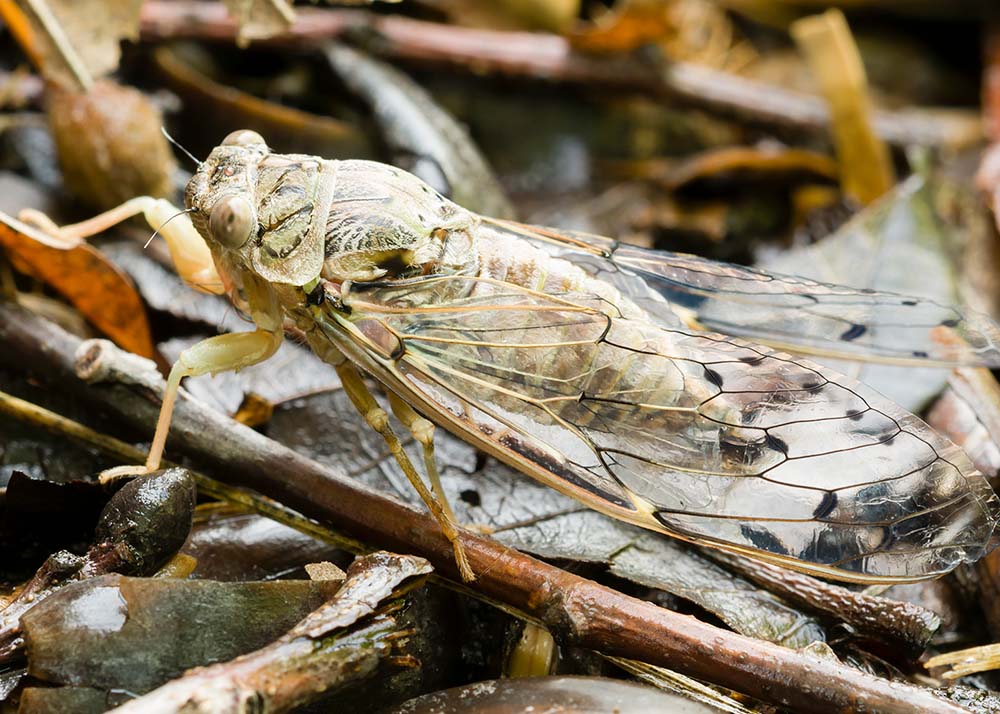 You can hear these insects during the months from late July to September. Some people find their “song”  annoying and think they are crickets or locust that are heard every year at this time. Female and some male cicadas will also make a sound by flicking their wings, but it isn’t the same as the sound for which cicadas are known. Enough on the Cicada!.

Although the Cicada Killers are large, they are usually not aggressive and rarely sting people unless they are grasped roughly, stepped upon with bare feet, or caught in clothing, etc. Nevertheless, they are definitely intimidating.

If you ever found huge holes in your grass or soil areas, they are probably the result of these pests. These holes are also usually found on the sunny side of the house. What happens is these holes are pre-drilled by the cicada killers, then the female cicada starts her hunt. She listens for the “song” of the cicada, shoots up like a missile and paralyzes the cicada. She then awkwardly flies back into the pre-drilled hole she made, carrying the cicada and feeds it to the larva (baby) waiting inside.

Mud dauber is a common name for a wasp that constructs its nest of mud. There are many species of wasps referred to as mud daubers, such as organpipe mud daubers, black-and-yellow mud daubers and blue mud daubers. Mud daubers are commonly found throughout the United States. 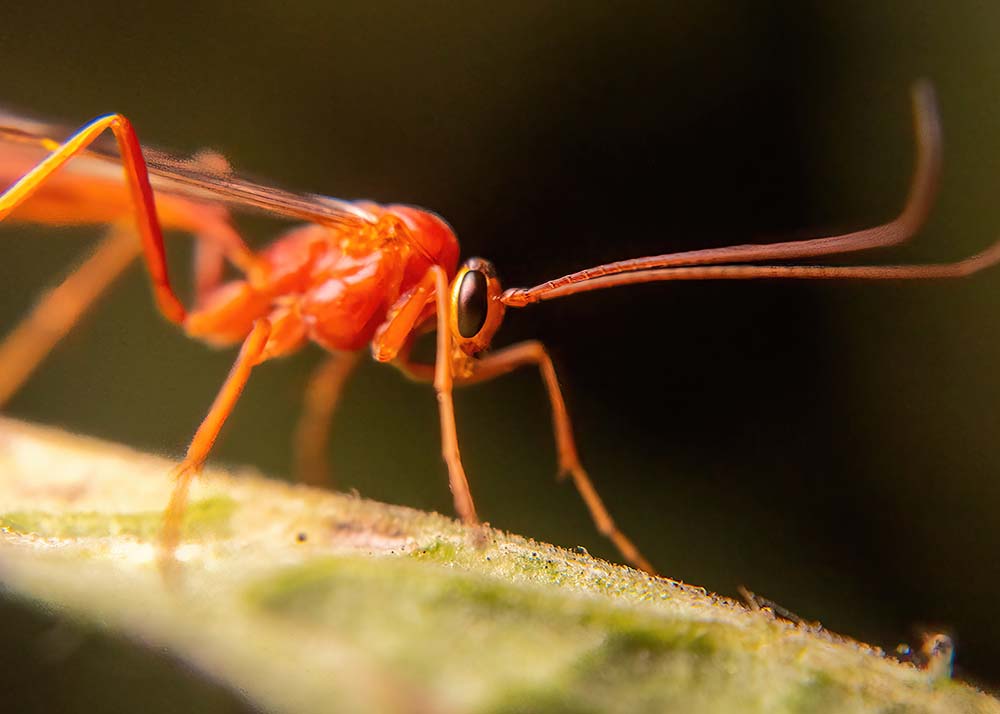 Like most other wasps, mud daubers are predators. The females not only build the nests, but also they hunt to provision them. However, pipe-organ mud dauber males have reportedly brought spiders to the nest, and they aid in nest guarding. Mud daubers are not normally aggressive, but can become belligerent when threatened. Stings are uncommon.

Bluesway Pest Control provides dependable and affordable stinging pest control and exterminating services in the Westchester, NY, area and beyond.

For more information, please contact us today. We will gladly answer any questions or concerns you may have regarding our exterminating services. We can also provide you with a free estimate for our services.

“They were so nice and got the job done. After one spray and I can already tell the huge difference it made on my property. I now have them come once a month. The men were very great at explaining everything that needed to be done and the whole team was very friendly. I now finally have my plants back. Extremely happy!”

We have a loyal client base in communities like Yonkers, Mount Vernon, New Rochelle, White Plains, Scarsdale, Dobbs Ferry, Eastchester, Port Chester, Rye, and all throughout Westchester, including Rockland County and parts of New York City.

Get Your Free Quote: