Termites cause billions of dollars in damage each year worldwide. They feed on wood but can also damage paper, insulation and more. They can infest a building at any time.

Spring is usually when large numbers of winged termites are discovered inside homes. These termites are typically called “swarmers.” They are triggered by warmer temperatures and spring rain, winged termites emerge from the colony and attempt to start new colonies with a mate. 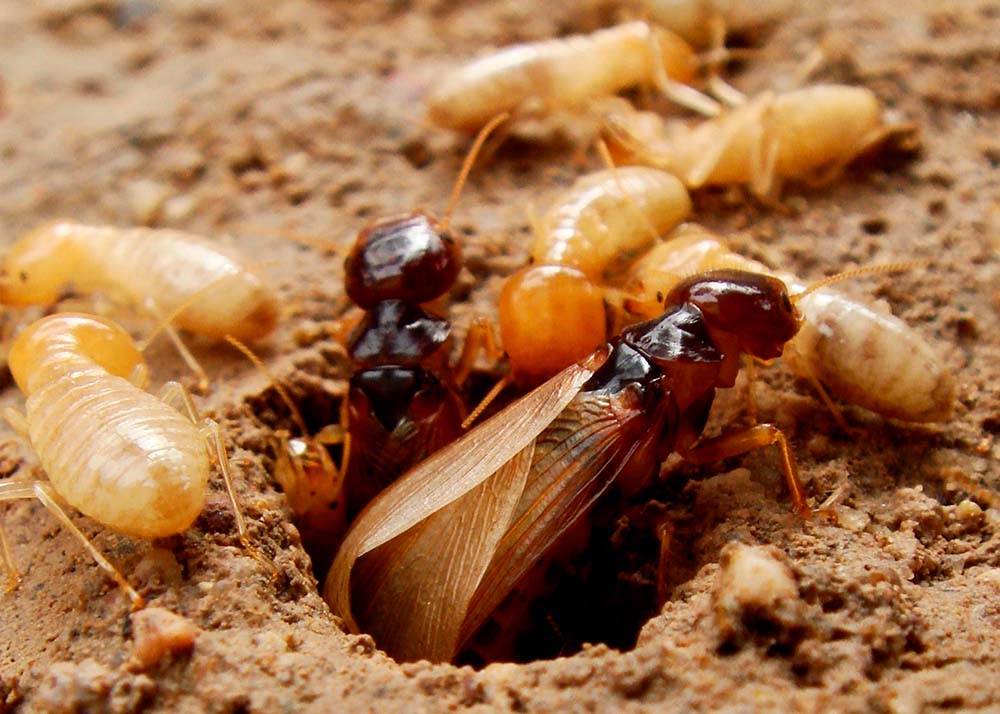 The swarmers do not eat the wood in your home and seldom survive for long, but they are an indication that there is a colony somewhere in your home. There are ways of preventing termite infestations, which can limit some issues in the future.

The Purpose of Termite Swarming

For a swarm to occur, the weather must be warm and usually happens after it rains. The overall purpose of termite swarming is to begin forming new colonies. As a colony matures in age, the production of alate nymphs increases, which then develop into swarmer termites with wings.

These swarmers then fly around the colony to pair up with a mate. Once done, they search for a suitable location to start a new colony. Finally, once their wings drop off, the pair will mate.

It is also important to note that the maturity of the colony plays a major role in the swarming process. There isn’t exactly an exact age when a termite colony swarms, but subterranean colonies usually don’t swarm until they are three years old.

The Role of the Female

In these mating partnerships, the female member becomes the queen of her newly founded colony. She lays the eggs, which eventually hatch into the new workers for the colony. As these termites develop, some will turn into soldiers who will be asked to defend the queen and the other members of the colony from any dangers.

Other signs of termite infestation are mud “tubes” on foundation walls, support piers, floor joists, etc. The mud tubes are typically about the diameter of a pencil but sometimes can be thicker. Termites construct these tubes for shelter as they travel between their underground colonies and the structure. If you break one open, you may see small, creamy-white worker termites.

Termite-damaged wood is usually hollowed out along the grain, with bits of dried mud or soil lining the spot where feeding is occurring. Severely damaged wood will sound hollow when tapped. And the second indication of termite control issues is when piles of coarse grains of sand start appearing, as these are likely dry-wood termite fecal pellets. 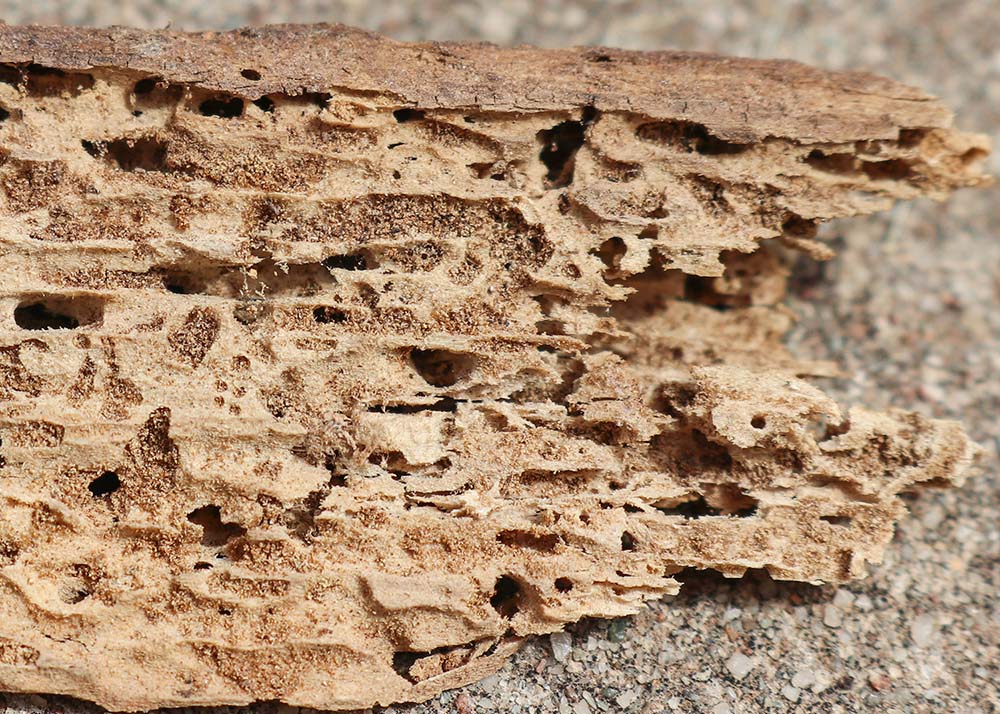 Winged termites are often mistaken for ants, but there are noticeable differences. Here’s how to tell them apart: The wings of ants are different sizes, the front wings are longer than the back wings; termite wings are all the same size.

Ants have a bent antennae; termite antennae are short and straight. The most noticeable difference is the shape of their body. Ants have a narrow, pinched waist; termites have a thick, straight waist. 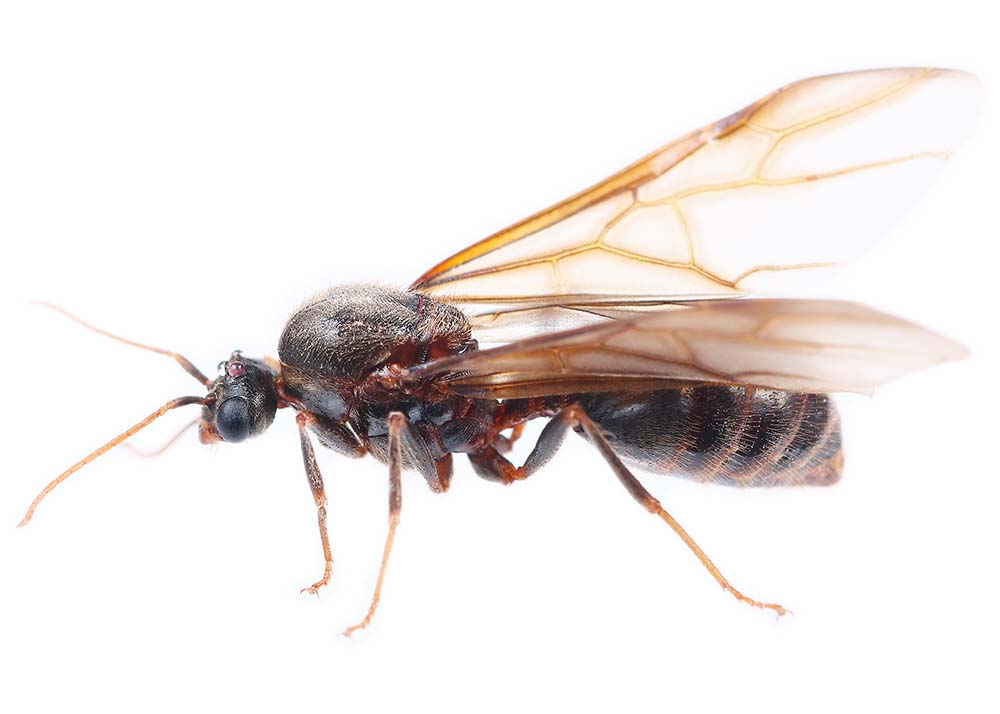 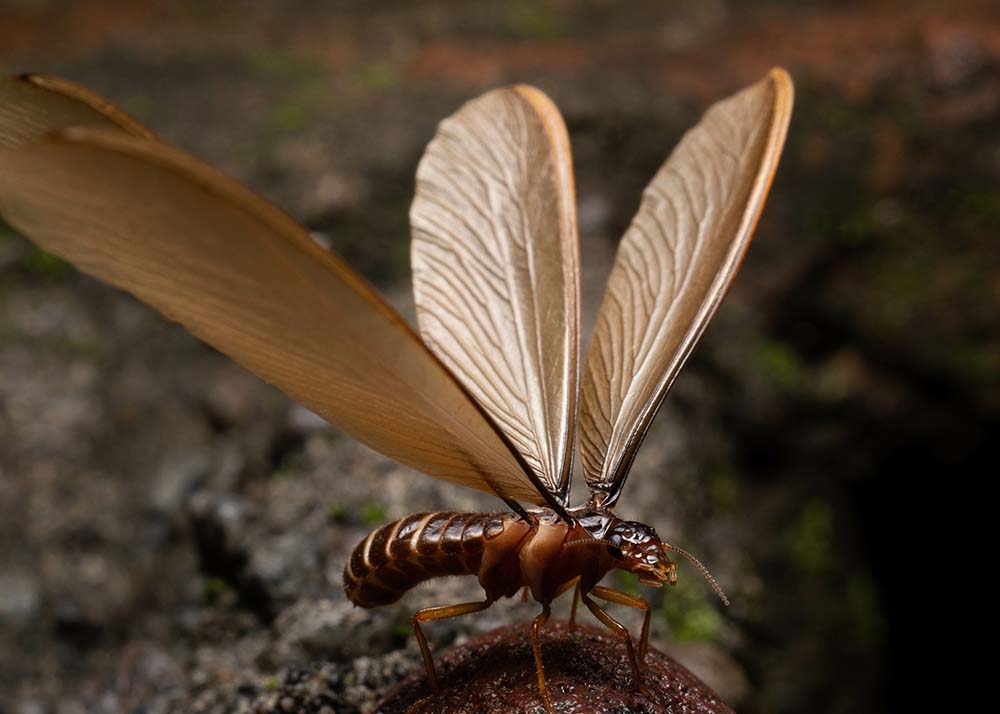 When looking at termite control for the home, there are do’s and don’t’s to follow. Be sure to understand these rules in order to ensure a safe and healthy living environment.

Get safe and reliable termite pervention and termite control services from Bluesway Pest Control. We have a staff of experts who will get the job done.

For more information, please contact us today. We will gladly answer any questions or concerns you may have regarding our exterminating services in the Westchester, NY, area and beyond. We can also provide you with a free estimate for our services.

“They were so nice and got the job done. After one spray and I can already tell the huge difference it made on my property. I now have them come once a month. The men were very great at explaining everything that needed to be done and the whole team was very friendly. I now finally have my plants back. Extremely happy!”

We have a loyal client base in communities like Yonkers, Mount Vernon, New Rochelle, White Plains, Scarsdale, Dobbs Ferry, Eastchester, Port Chester, Rye, and all throughout Westchester, including Rockland County and parts of New York City. 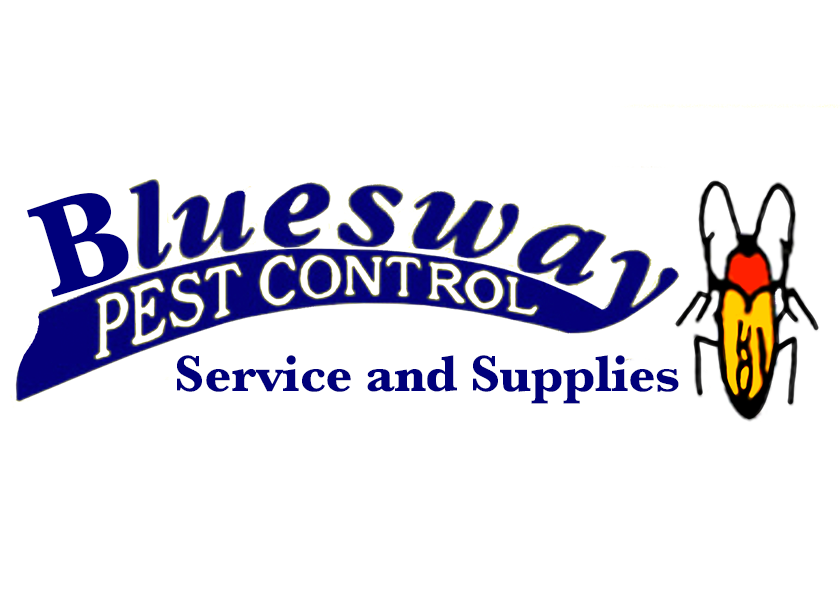 Get Your Free Quote: